Chinese New Year or Spring Festival is the most important of the traditional Chinese holidays. It is sometimes called the "Lunar New Year" by English speakers. The festival traditionally begins on the first day of the first month in the Chinese calendar and ends on the 15th; this day is called Lantern Festival. Chinese New Year's Eve is known as chú xī. It literally means "Year-pass Eve".

Celebrated in areas with large populations of ethnic Chinese, Chinese New Year is considered a major holiday for the Chinese and has had influence on the new year celebrations of its geographic neighbors, as well as cultures with whom the Chinese have had extensive interaction. These include Koreans (Seollal), Tibetans and Bhutanese (Losar), Mongolians (Tsagaan Sar), Vietnamese (T65t), and formerly the Japanese before 1873 (Oshogatsu). Outside of Mainland China, Hong Kong, Macau, and Taiwan, Chinese New Year is also celebrated in countries with significant Han Chinese populations, such as Singapore, Indonesia, Laos, Malaysia, the Philippines, and Thailand. In countries such as Australia, Canada and the United States, although Chinese New Year is not an official holiday, many ethnic Chinese hold large celebrations and Australia Post, Canada Post, and the US Postal Service issues New Year's themed stamps. 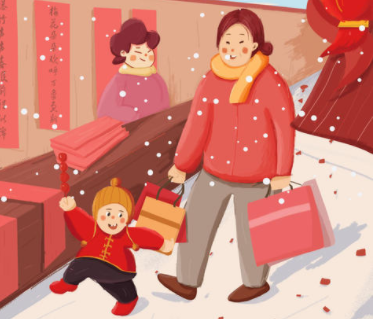 There are a lot of Customs in my hometown for Spring Festival. I dont believe you!

In the Spring Festival, both men and women and young men and women wear beautiful new clothes, with simple smiles on their faces to welcome the coming of the new year. Red red couplets and New Year pictures were posted in each family. All drums. The children go to the new year and send the cards. At night, everywhere decorated. Famous shops, to hang out hundreds of lights, lantern, lamp, whats ice, shadeng...... Every kind of。 One side, the sound of firecrackers, cleaning guns, ringing, rockets, fireworks, fire. In the outside person, will prefer to drive home, eat family reunion dinner, this night, people will staying-up late on new years Eve!

How, the custom of Spring Festival in my hometown is more, do you think of my hometown for the new year?

A new year,a new start,when i stand on the edge of a new year,i can't help thinking about my plan of next year.

just as the old saying:"well began is the half of the success.”so i decide that i should be at work while the others are still relaxing,and then,at the beginning,i'm quicker than the others and of course i will get better result than the others.

But,what i really decide to do is that i must make good of anytime i can spare though it seems impossible. while,i will do my best to live up with what i have planned,and the result will prove it.

The Spring Festival， Chinese New Year，is the most important festival for all of us. All family members get together on New YearEve to have a big meal.At the same time， everyone celebrates to each other.At about 12 oclock，some parents and children light crackers.The whole sky is lighted brightly. We may watch the fireworks excitedly.How busy it is！

On the first early moring of one year， many senior citizen get up early and they stick the reversed Fu or hang some couplets on the front door. Some houses windows are sticked on red paper cutlings.

The Chinese New Year lasts fifteen days. So during the fifteen days， we always visit our relatives from door to door. At that time， children are the happiest because they can get many red packets form their parents，grandparents， uncles， aunts and so on. The last day of the Chinese New Year is another festival. It names the Lantern Festival.

So the Chinese New Year comes to the end.

Far and away the most important holiday in China is Spring Festival, also known as the Chinese New Year. To the Chinese people it is as important as Christmas to people in the West. the dates for this annual celebration are determined by the lunar calendar rather than the GREgorian calendar, so the timing of the holiday varies from late January to early February.

The children are very happy because the Spring Festival is coming.Mothers have bought clothes for them child.The clothes are very beautiful.

At the Spring Festival night twelve oclock,people eat dumplings with money,stand for safe.

It is really a happy festival. 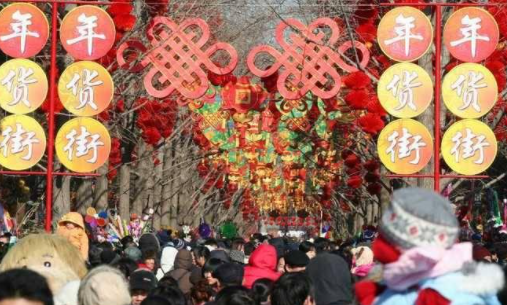 After the Preliminary Eve, people begin preparing for the coming New Year. This is called "Seeing the New Year in".

Store owners are busy then as everybody goes out to purchase necessities for the New Year. Materials not only include edible oil, rice, flour, chicken, duck, fish and meat, but also fruit, candies and kinds of nuts. Whats more, various decorations, new clothes and shoes for the children as well as gifts for the elderly, friends and relatives, are all on the list of purchasing.

Before the New Year comes, the people completely clean the indoors and outdoors of their homes as well as their clothes, bedclothes and all their utensils.

Then people begin decorating their clean rooms featuring an atmosphere of rejoicing and festivity. All the door panels will be pasted with Spring Festival couplets, highlighting Chinese calligraphy with black characters on red paper. The content varies from house owners wishes for a bright future to good luck for the New Year. Also, pictures of the god of doors and wealth will be posted on front doors to ward off evil spirits and welcome peace and abundance.

In China, Spring Festival is one of the most important festivals. It is also getting more and more popular in some foreign countries. When Spring Festival comes, it means that a new year comes, and people grow a year older. During the festival, it is very crowded throughout the country.

On the eve of Spring Festival, parents get food, clothes and Spring Festivals goods prepared. The people who work outside come back, and the whole family gets together to have meals and say goodbye to the last year, and welcome the New Year. After the meal, they wait until midnight comes. They set off fireworks then.

On the first morning of the Spring Festival, everyone wears their new clothes and then go to others homes to celebrate the New Year. Each family sets off fireworks when their guests come, and they take out sweets and peanuts to share. On the following days, they go around to their relatives and friends. The Spring Festival has several meanings. It means people working outside can come back to relax themselves, a new year begins. When spring comes, farmers begin to plant crops and people make a plan for the New Year.From Joozone.com.

All the people throughout the world pay much attention to it. Our country of course holds some national celebrations to celebrate it. This most traditional festival in China will go on being celebrated in the future.

First, will make a big New Year meal. Second, we will make "Good-luck wishes." Third, we will set off firecrackers.

New Year meal is delicious and we think that eating some will bring us good luck. A long time ago, Chinese people believed red color could bring our good luck too. And we set off firecrackers could frighten ghosts away.

Chinese New Year is very popular between students. Because we can have a long happy holiday.

As the spring festival is coming I decide to tell you something about Spring Festival .

Spring Festival known as the Chinese New Year which counts from the first day in the lunar calendar and is the most important holiday in China.

From late January to early February Chinese people are busy preparing for the New Year.They clean their houses have their hair cut and buy new clothes .

Jiaozi or dumpling is most popular.To those who live far away from their home this festival is also a framily reunion occasion.

And they often go back home to celebrate the festival with their family.

And last The first day of the new year is the time when people visit their friends and wish each other good luck in the new year remember to be happy!

Year after winter vacation is my long-expected holiday, I like the Spring Festival, because it is so jubilant, so let a person feel the charm of traditional customs.

I like the Spring Festival because you can go to the flower street, the streets are busy, the lanterns are in the streets, the crowd is crowded, the people all the troubles are gone. I like the Spring Festival because I can set off fireworks and firecrackers in the countryside, so I feel that the Chinese New Year is so traditional and lively and festive.